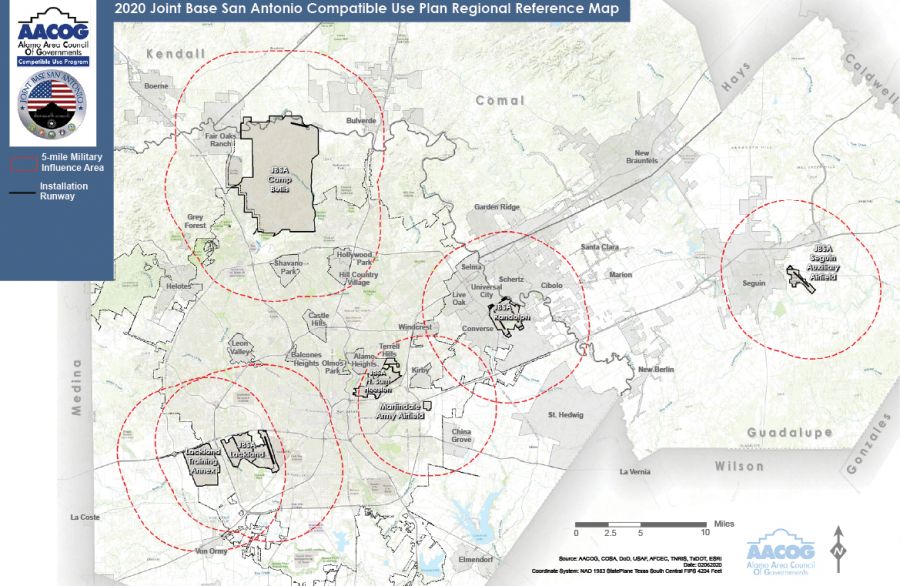 Getting to know the RCUP Military Installations

JBSA-Lackland covers portions of the former Kelly Field including the runway, which were transferred to JBSA-Lackland in 2001 as part of Base Realignment and Closure (BRAC). The Air Force and Port San Antonio share the use of the runway for military and business operations.

Located approximately 20 miles east of JBSA-Randolph, Seguin Army Airfield plays a significant role for aircraft “touch and go” training to qualify pilots as instructors for the next generation of fighter and bomber pilots. Use of the Seguin Auxiliary Airfield by aircraft from JBSA-Randolph increases flight safety by distributing training around the San Antonio area, which means fewer aircraft and less congestion around JBSA-Randolph.

This study was prepared under contract with the Alamo Area Council of Governments, with financial support from the Department of Defense Office of Economic Adjustment. The content reflects the views of the Alamo Area Council of Governments and the key JBSA RCUP partners involved in the development of this study and does not necessarily reflect the views of the Office of Economic Adjustment.